Kim Kardashian: US Library of Congress announced it will now use subject heading Armenian Genocide -

Kim Kardashian: US Library of Congress announced it will now use subject heading Armenian Genocide

Kim Kardashian has been following the situation since the first days of the current Artsakh (Nagorno-Karabakh) war, sympathizing with Artsakh and Armenia.

The American-Armenian celebrity celebrated her 40th birthday on Wednesday, and on her birthday, literally just now, she shared wonderful news.

"The best birthday present!! Today, the United States Library of Congress announced it will now use the subject heading…Armenian Genocide. This landmark news was announced nearly one year after recognition of the Armenian Genocide by the U.S. Congress and in the setting of the recent devastating attacks on Armenians in Artsakh. Thank you to all the individuals at the Library of Congress, members of Congress, @ANCA_DC & @UCLA library for working tirelessly on the efforts to continue to advocate for Armenians," continued the star, who is Armenian on her father's side. "Together, we continue to pray during this difficult time for the many men, women, and children who have been impacted by the war. We are one global Armenian nation," the reality show star and businesswoman wrote Wednesday in her Instagram Stories. 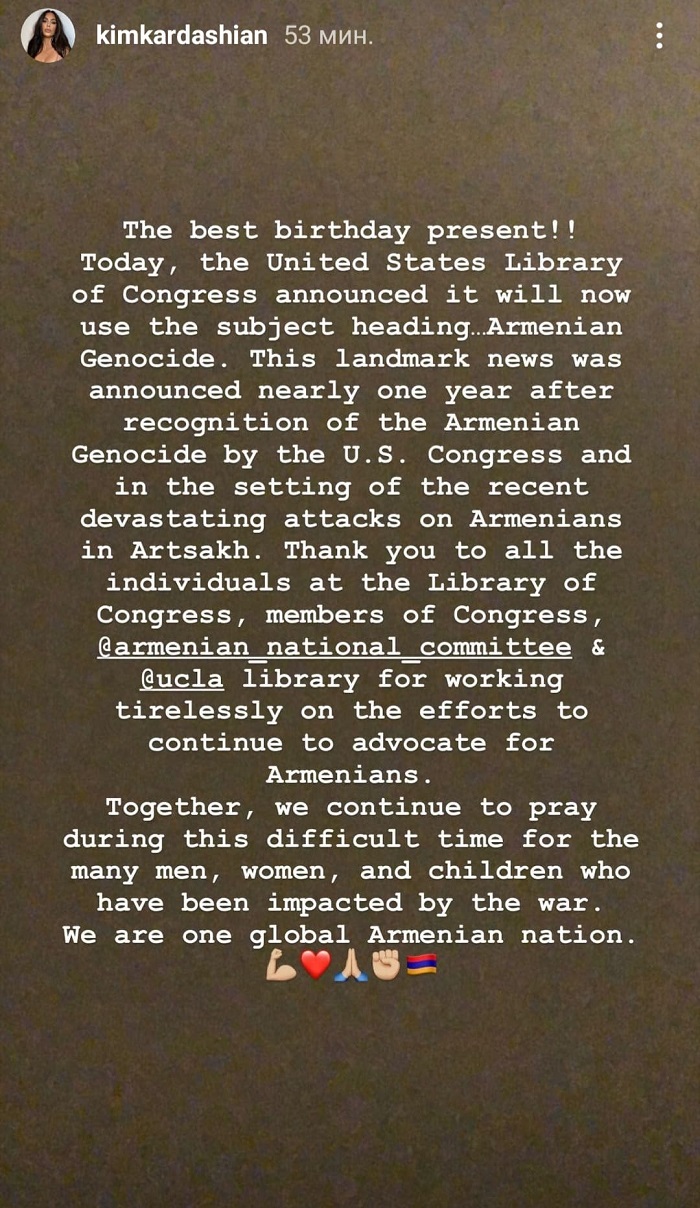 Opinions expressed are those of the author(s)-(news.am). They do not purport to reflect the opinions or views of bolsohays.com
Önceki Sonraki